In 2004 I first visited the island of Providenciales in the Turks and Caicos Islands (TCI) and discovered a beach with abandoned boats in various stages of decomposition. These colorfully hand-painted wrecks, some just sand-buried remnants, some intact and beached, yielded the materials for the Haitian Boat Series.

The boats carried people, refugees, from Haiti, only 90 nautical miles from Providenciales. The prevailing currents bring them directly to Long Bay, and when they beach, the Haitians spread out into the island, with only the few possessions they can carry, and try to begin a new life. Their boats remain, to slowly rot away, or, as happens sometimes, be removed by the TCI government.

What initially caught my eye, at low tide, was some pink fabric, clinging stubbornly to a piece of a hull from a long-decayed vessel. The fabric was so strong it couldn’t be torn by hand. It seems to have been used as caulking between the hull planks. In addition to pink, I’ve now found it in blue, green, white and yellow.

Long Bay Finds (2008) was created using the original pink fabric to map the land areas of the TCI. In 2010, Rhapsody in Haitian Blue and Daniel: 3v17 incorporated fabric with painted boards and lucite found inside an intact and beached boat. Hand painted Bible passages adorn the interior and exterior of the vessels of hope and passage. This series will be ongoing as I document this story with found objects infused with history and emotion. 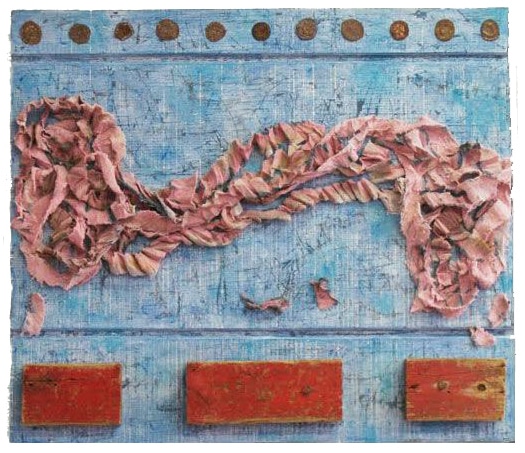 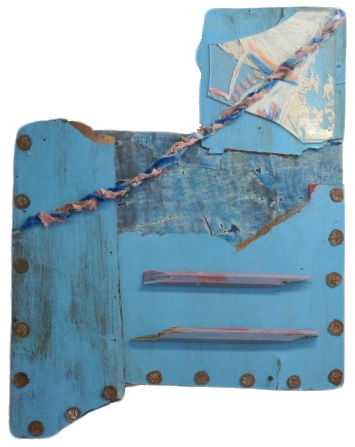 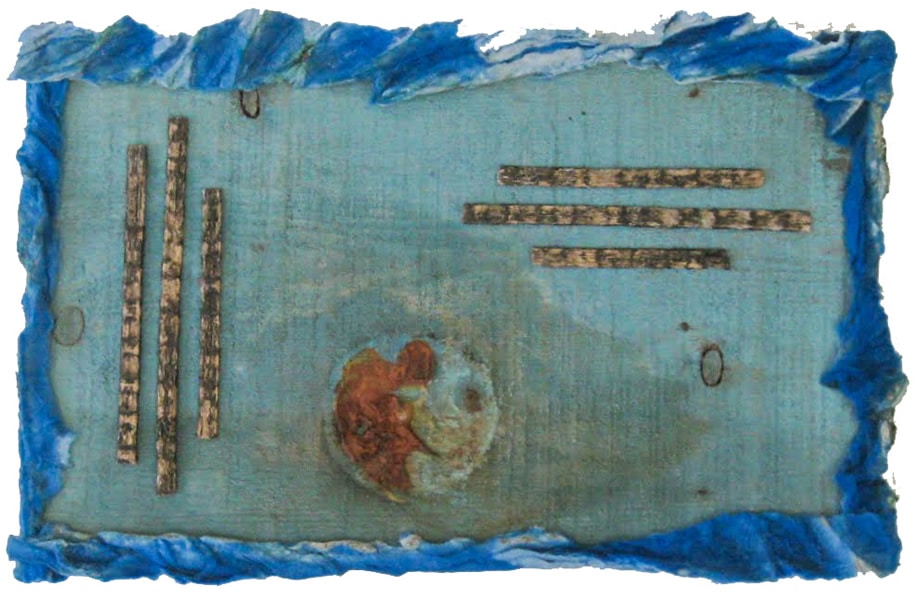 all dimensions are in inches